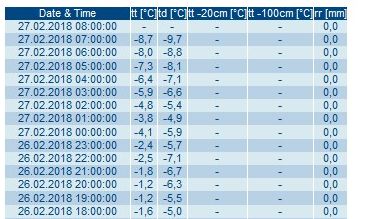 The Beast from the East arrived yesterday.

Santon Downham got of lightly in terms of snow but was still one of the coldest places in the country.(in Fact we were probably the coldest).

Looking at the WeatherCast data for Santon Downham, we were even colder with temperatures reaching -8.7C at 7.00am this morning!!!.