The 23rd of July 2018 was the hottest day of the year (so far) with Santon Downham claiming the record at 33.3C (to be lost two days later to Heathrow). We featured heavily in the local and national press and regional TV when BBC Look East sent a team to view our weather station and discover why we have so many records. The Daily Mail noted that we’ve gone from wettest to the hottest – we also have records for the coldest.

The explanation is our sandy soil – see bellow. 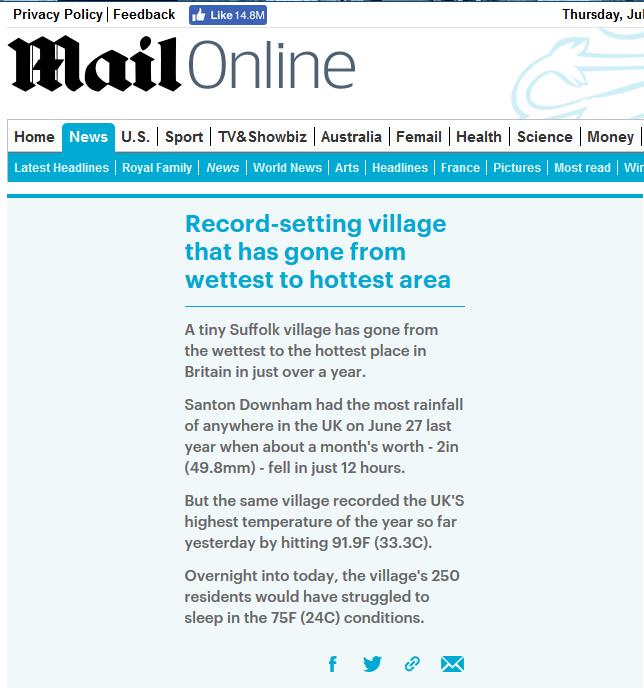 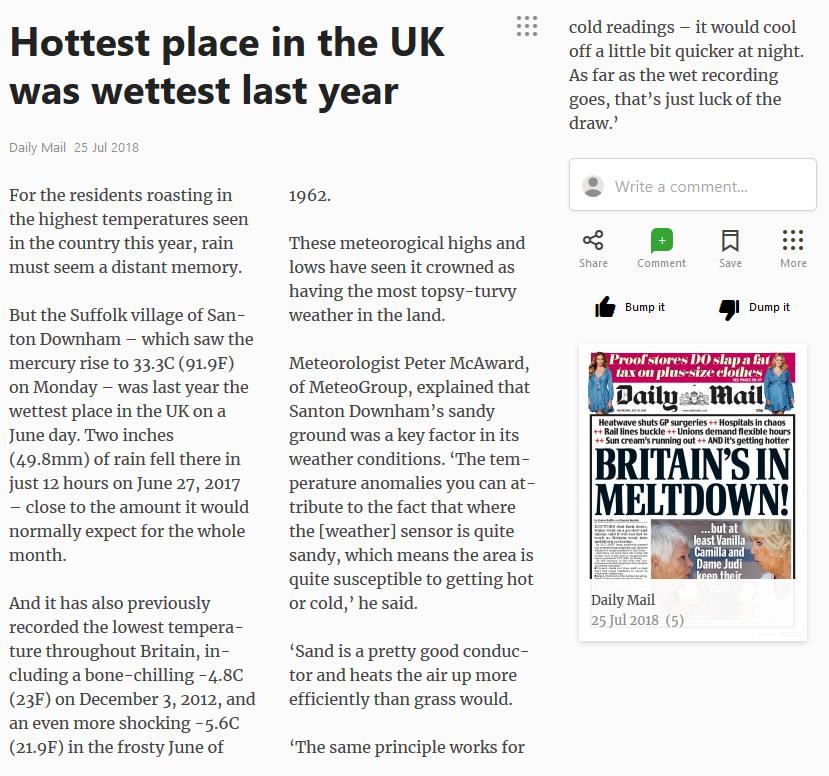