In October 2011 John Cranston of Norwich came across the following while reading The Life and Times of the Great Eastern Railway by Harry Parr and Adrian Gray, published in 1991.

‘Lord William Powlett had been granted the right of stopping trains at Sexton Gate in August 1848. In 1850, the company [the Norfolk Railway] having no record of the matter and he being unable to find the letter concerned, the privilege was withdrawn. Fourteen years later, the letter surfaced, and the Traffic Committee had little alternative than to grant him permission to stop any train except an express, on notice being given to the Superintendent. Sexton Gate has not been located, but Norfolk is indicated.’

We must assume this ‘Sexton Gate’ stopping place was on the railway line somewhere near the hall.

Does the name ring a bell with anyone in the village.

It would be great to be able to solve the mystery…

The photo is of the type of locomotive that could have been stopping at Santon Downham at the time. It is in fact stopping at Mildenhall.

When this photos was passed to us the description on it said Gateman Bungalow and as such we published it.

However in 2011 we were contacted by Patricia Sheehan who’s great great great grandmother lived there in 1861 and suggested we retitled it.

She said “In 1861 my widowed great great great grandmother, Hannah Ashley nee Harrison, was living in the Railway Gate House and was the gate keeper”.

You can see this on  the census of that year. 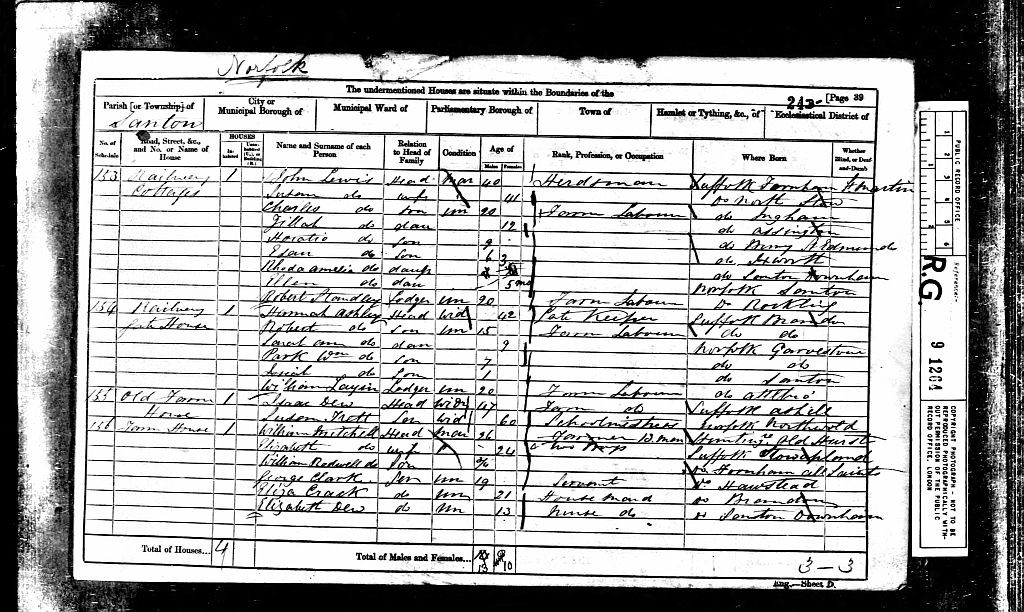