The National press and Local Press (who should know better) have often referred to Santon Downham as being in Norfolk – usually when reporting our weather.

Theories abound as to why this is. One is that the weather station used to be across the border in Norfolk. Another is the confusion over the location of All Saints church which is in Santon, NORFOLK and had close ties with Santon Downham

Further confusion occurs when you debate the location of the border between Suffolk and Norfolk. Many people think the border is the river, however some are of the view it’s the railway line (or somewhere in between).

The map below shows the two counties in different colours and the border clearly runs down the river. (Correct as of 31/7/2018) 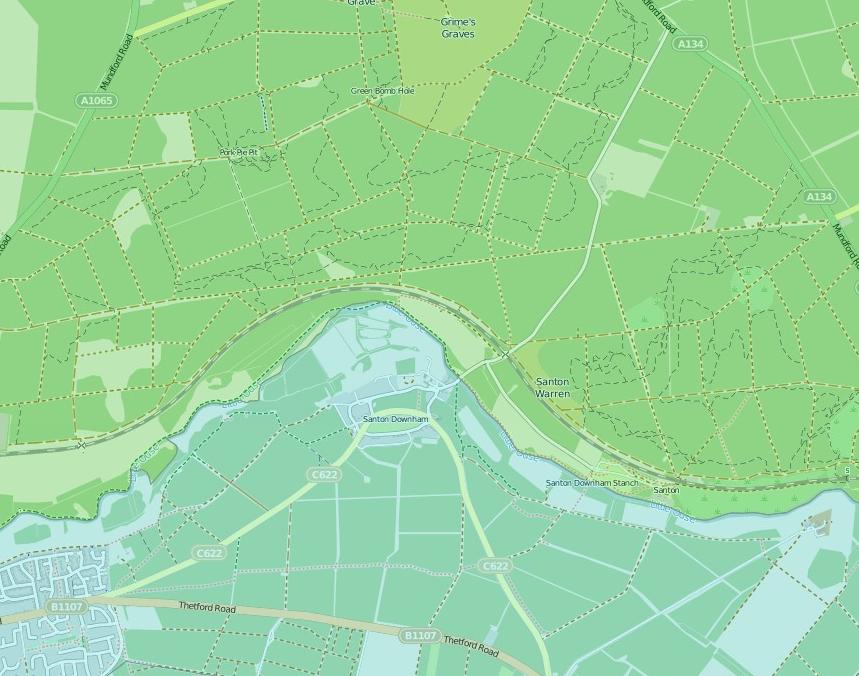