Santon Downham has once again scooped hottest place in the country on what is now the hottest day of the year so far.

The Met Office was also aware how hot it was here at bedtime – it tweeted: “Struggling to sleep? At 11pm it’s still 24.3 °C at Santon Downham in Suffolk #HeatwaveUK”

We also featured on Look East the following evenning where there was a section on why SD is so hot (and Cold) and where the weatherstation is. See Weather Records for details

It’s expected to get hotter this week though so hold onto your ice lollies. 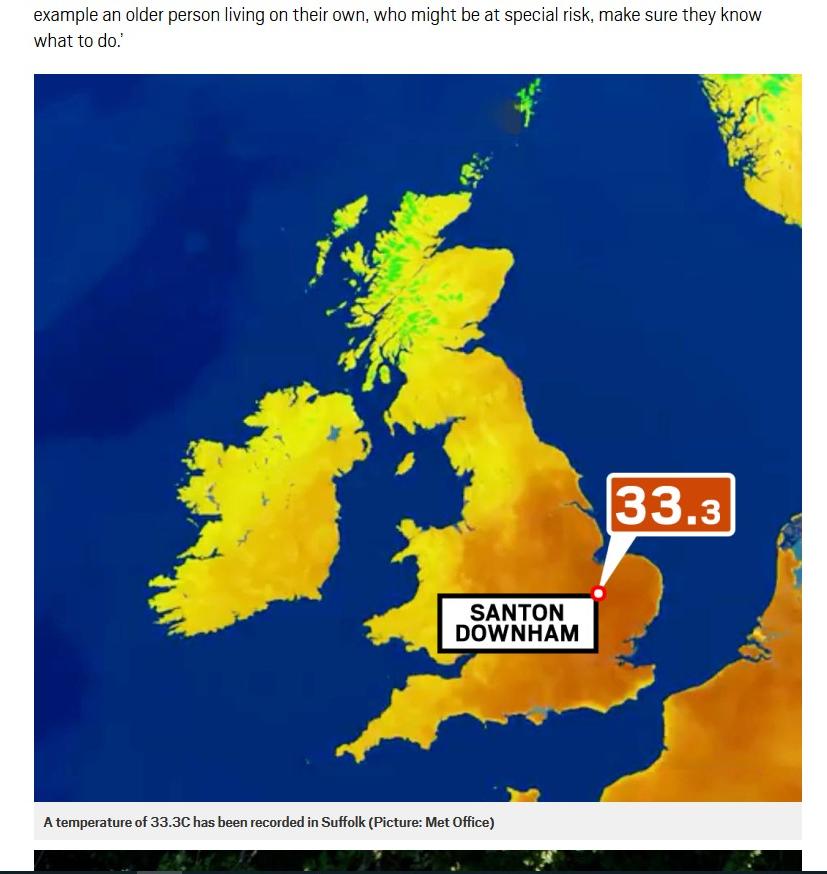