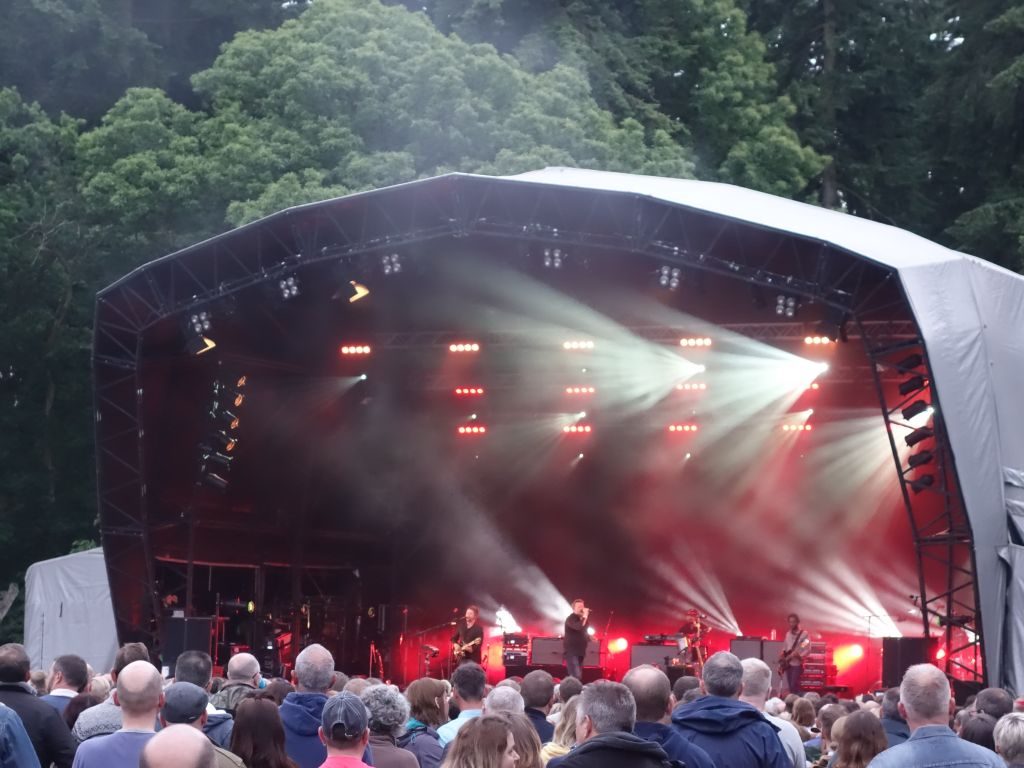 Elbow took to the stage at High Lodge last night on the opening night of Forest Live 2017. The event was well reviewed both in the EDP and EADT

As reported in the press the weather was less than perfect being both cold and grey and causing a proliferation of blankets and fleeces rather than the expected shorts and T-shirts. Fortunately the rain held off with only a few alarming spots.

The grey evenning turned clear in time for the final song and encore which helped end the event on a high note.

However the tour T-shirts on sale only listed it as Thetford Forrest , Brandon.

Event site Eventful did however offer tickets for Elbow in Santon Downham!!! 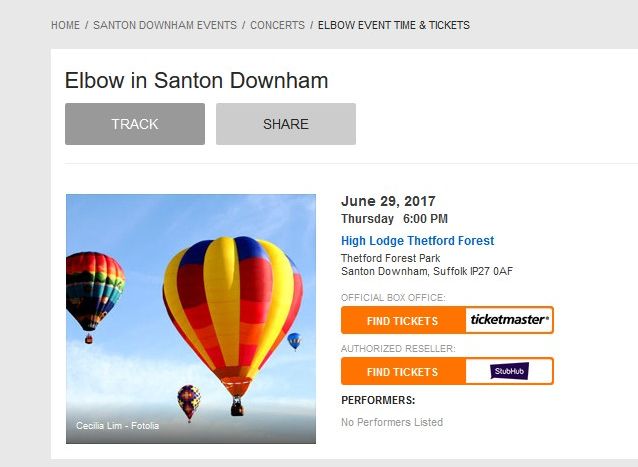 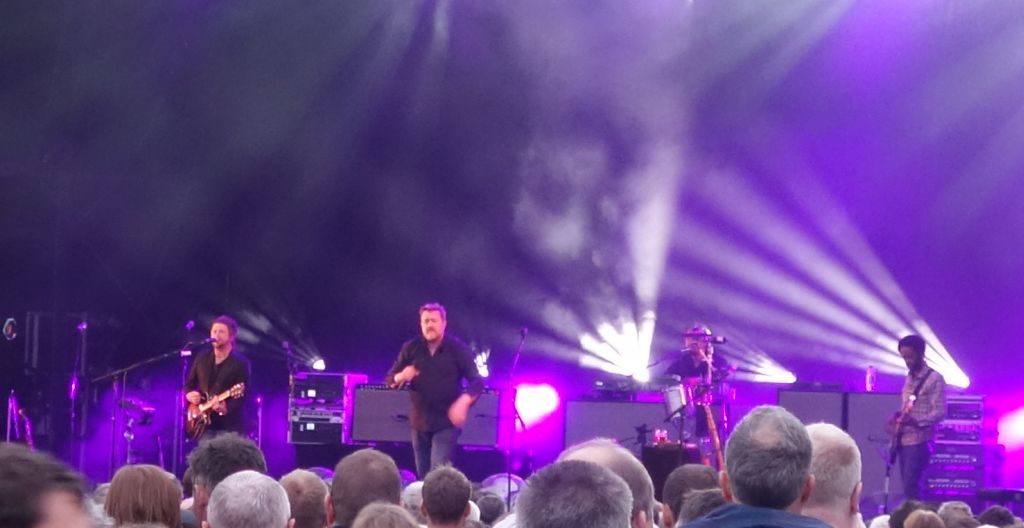 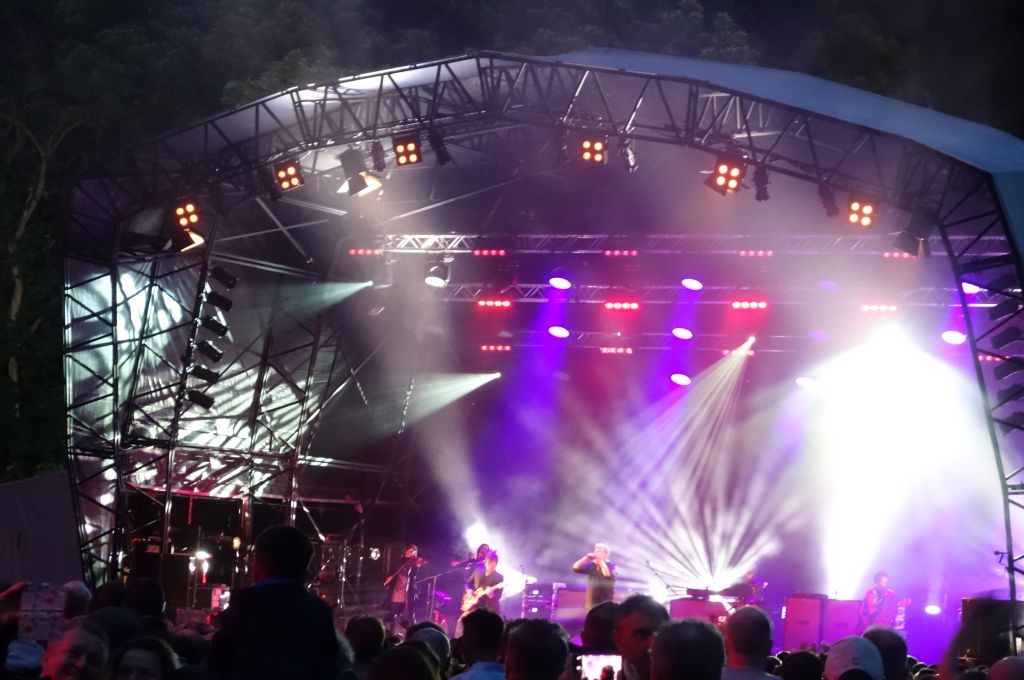