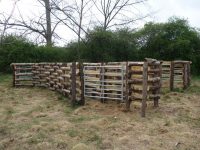 If you’ve passed by the railway line recenlty you might have noticed work going on nearby. Construction has been going on to build what can only be described as a corral – supposedly for the cattle which sometimes live in the field between the railway and the river. It looks a substantial construction and has been accompanied by replacement/upgrades to the adjacent fencing. 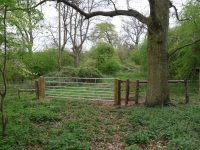 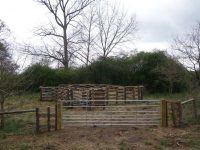 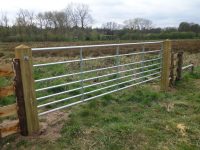